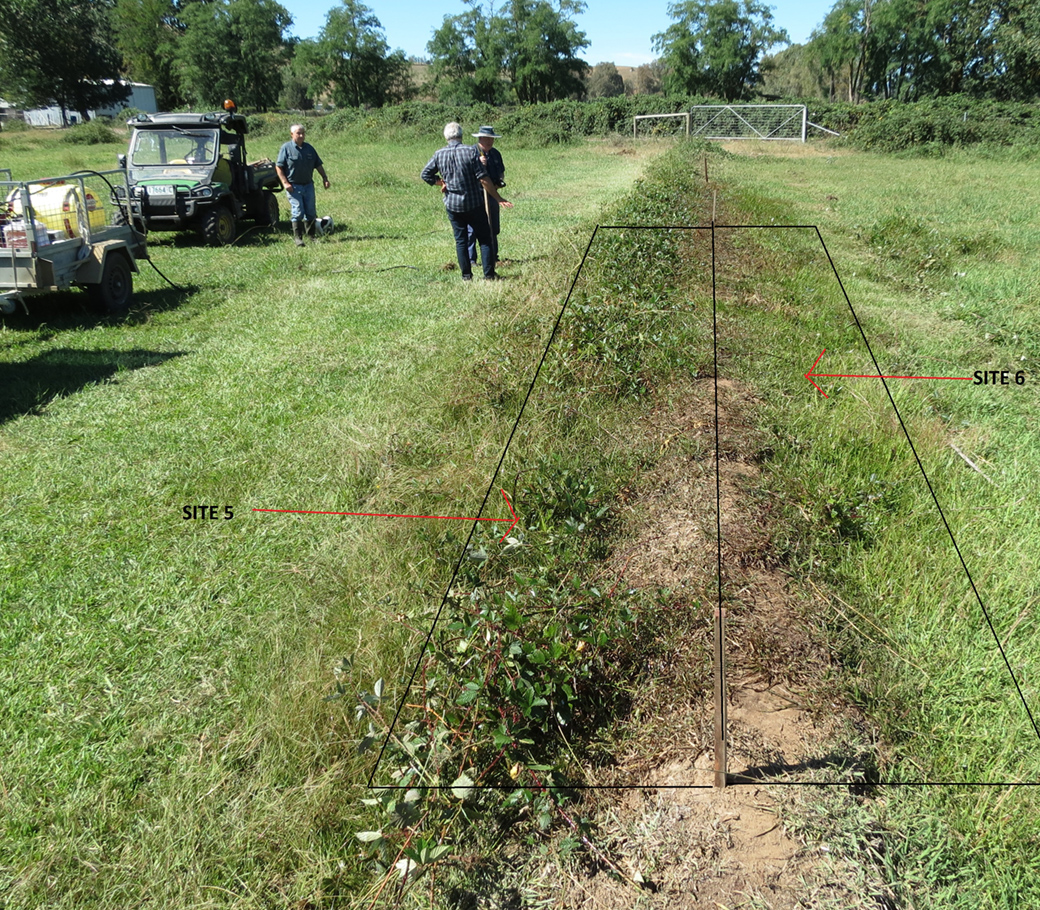 The non-chemical demonstration site is located in North East Victoria, near the township of Towong. The property is a certified organic dairy farm.

Observations and a second treatment of the product, which is accredited for use by organic growers, were conducted at the Towong Demonstration site on the 28th of September. It was noted before the first treatment in March 2015, that grass covered blackberry on all demonstration plots.

Observations on the 28th of September showed a good level of control with only a small amount of regrowth at the base of the blackberry. Observations also suggest that applying the product after mulching was more effective. When comparing the un-mulched sites, the double application produced more dead canes than on the single application site.

A new site was also set up on the 28th of September in a much drier zone on the property to compare the effects of moisture on results.

Observations and third treatment for February 2016 was re-scheduled and completed on the 26th April 2016.

Additional treatments will occur at shorter intervals, compared with the previous three treatments.