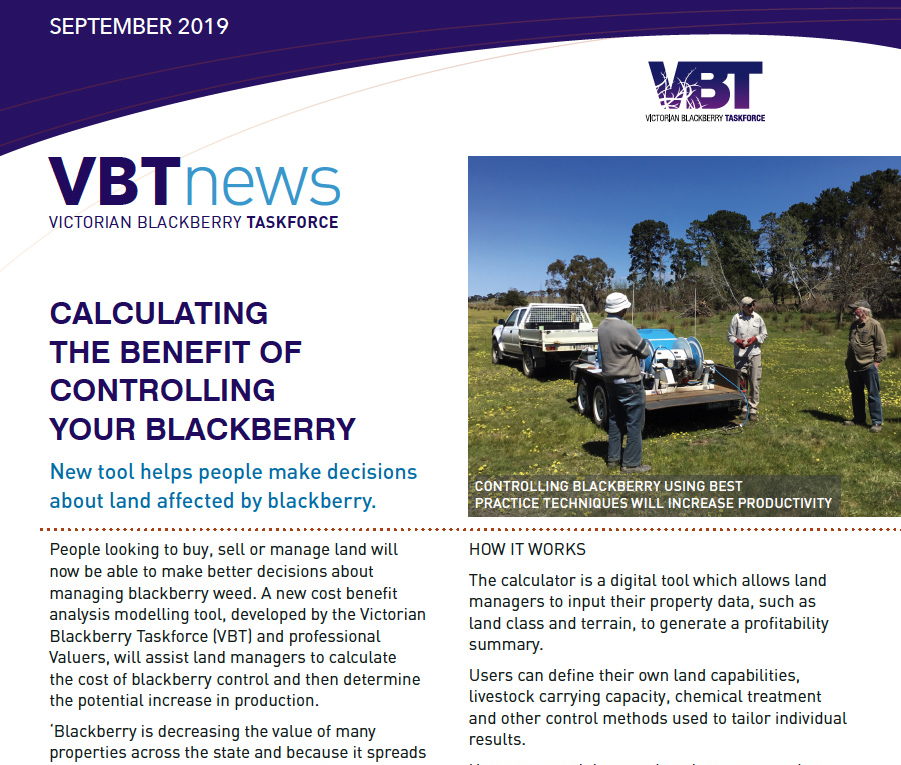 The September edition of the VBT News has just been published. Get the latest news from the Victorian Blackberry Taskforce.

The Moorabool Blackberry Action Group will expand their engagement with landholders during the third year of the VBT’s Community Partnership Program. The group plan to sign 15 new landholders to voluntary management agreements and reconnect with year 1 and 2 landholders. This will result in 48 active landholder agreements.

The Moobag project officer assisted the CHWA to map blackberry using a drone in steep hazardous terrain at Lal Lal Falls, which is a highly valued cultural heritage site. This technology will also be used to map inaccessible areas on private land this blackberry season.

Just one of the articles in the VBT News.

Read all the latest news from the Victorian Blackberry Taskforce in the VBT News – September edition.